Islamic Law of Inheritance According To The Quran and Sunnah 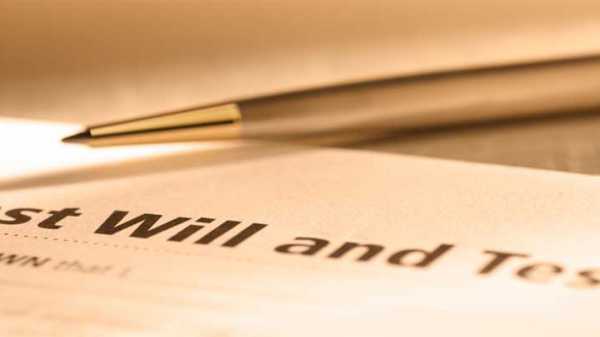 Islamic Law of Inheritance is derived from the Quran and Sunnah. It states that when a Muslim dies, his or her estate must be divided according to certain rules set forth in Islamic law. The primary beneficiaries are the deceased’s spouse, children, parents, and other close relatives. Islamic law also provides for other possible beneficiaries, such as charities, in some cases.

The Islamic Law of Inheritance is based on the principle of fair and just distribution. The Quran says: “Allah commands you as regards your children’s inheritance: to the male, a portion equal to that of two females” (4:11). The Sunnah provides further guidance on how the estate should be divided, including specifying the shares of different relatives.

The Islamic Law of Inheritance is a complex topic and there are many different opinions on how it should be applied. However, the basic principles are clear and provide a framework for ensuring that the deceased’s estate is divided fairly and justly.

Islamic inheritance jurisprudence is known as ʿilm al-farāʾiḍ (Arabic: علم الفرائض‎, “knowledge of the obligatory shares”). It specifies the shares of deceased relatives in estate property, according to Islamic teachings contained in the Qur’an and hadith. The purpose of Islamic inheritance jurisprudence is to prevent contention and disputes over inheritances, by clearly specifying the shares that should be given to each relative. The Islamic Law of Inheritance is based on the principle of fair and equitable division among heirs. However, there are some Qur’anic verses that specify different shares for different relatives.

For example, a husband is entitled to a double share of his wife’s inheritance, and a parent is entitled to a double share of their child’s inheritance. In addition, Islamic law stipulates that certain relatives must be given preferential treatment in inheritances, such as orphans and poor people. Islamic inheritance jurisprudence also includes provisions for what should happen in cases where there are no direct heirs, known as ʿadaٌ. These provisions ensure that inheritances are distributed equitably amongst all members of the deceased’s family.

When a person dies, their estate is inherited according to the Islamic law of inheritance. This system of laws determines how assets and debts are distributed among a deceased person’s heirs. There are specific rules that determine who inherit what, and how the balance is paid out amongst all beneficiaries. Understanding the Islamic law of inheritance can help ensure that your loved ones receive their fair share when you pass away.

Inheritance after the death of someone is considered to be a fundamental aspect of Shariah Law. Relative to the blood relationship the deceased are qualified to inherit their possessions as per Quran, Hadith, and Sunnah.

Distributing the remaining of deceased among their heirs according to the Shari’ah is one of the four important duties that must be performed as soon after a Muslim dies. This task divides into two ways; firstly, to ensure which relatives are entitled to inherit and the amount of share they can have.

The Islamic law of inheritance holds a very high significance in Islam due to the restrictions Shari’ah law places on the testamentary power of the testator who is the person that makes the will. This law originates back from the time of the Arabian Peninsula, but the practice was very different from what it is today because only male agnate relatives were entitled to inherit.

Abdullah Ibn Abbas (RA) reported that Prophet Muhammad (PBUH) said ‘Give the Faraid (the shares of the inheritance that are prescribed in the Quran) to those who are entitled to receive it. Then whatever remains should be given to the closest male relative of the deceased

There might be a distinction between Shia Sunni beliefs about inheritance. Sunni follow the Quranic Law which is the amalgamation of the old customary Law whereas Shia refuses to believe saying that this law was not endorsed by the Quran itself and therefore new laws must be introduced.

The Quran itself consists of only three verses (4:11 4:12, 4:176) that cover the inheritance share. We start here with primary heirs who are entitled to the share without any exclusion.

Moreover, other primary heirs can also include both the parents and the spouse. After this comes the members of the Asaba that are residuary that are either male or sometimes female relatives entitled to inherit after the primary heirs’ share is distributed.

Another important aspect to consider here is the absence of any heirs, in this condition all the property of the deceased will go to Bayt al-mal. A disbeliever and adopted children are certain exclusions from inheritance. A half-brother is also excluded by the full-brother in the presence of the same father but this won’t be the case in the presence of a common mother.

One can use an Islamic inheritance calculator to estimate the division of shares between the heirs according to Islamic law.

Islamic inheritance laws may seem complex, but they are designed to ensure that everyone is treated fairly and that assets are distributed in a way that is consistent with Islamic values.

INHERITANCE BY THE PROPHET MUHAMMAD (PBUH)

The inheritance as per the Sunnah doesn’t leave any clear practice as it is believed it didn’t take place as suggested by the Quran. Abu Bakar (RA) stated that Prophet (PBUH) said ‘We leave no inheritance, what we leave behind us is sadaqah’
This has led to a conflict of views between Shia and Sunni as many of the relatives were not satisfied with the testimony and appeared to be a source of injustice for Muhammad’s Household.

We have briefly discussed the law on the testator above, here we are going in-depth on laws on creating Islamic will. It is important for the purposes of completing your religious duty and prevents any later family disputes. You create a list of all your possessions which is termed an estate. It is possible for you to do this on your own, but a solicitor is necessary considering that it is a legal document.

There are many aspects that form this will including whom you consider entitled, guardians and witnesses, etc. You also specify in your will all the funeral and burial rites will be carried out as instructed by Islam which restricts post-mortem, demands burial right after death, and so forth.

Islamic law doesn’t provide full testamentary freedom to the testator. Although you decide what you are leaving and to whom this must be according to the law of Islam and following the restrictions that the Law places. Two-thirds of the distribution is according to the Quran and for the remaining one-third, the testator has the freedom to will. This restriction is placed on the number of shares as well. Being a Muslim you should form a will within two nights of owning anything.

Many times what Muslims forget is estate planning which refers to a financial plan to protect your assets after your death. The lack of awareness regarding estate planning will leave your assets unauthorized unless it has your name on it. The Prophet (PBUH) said; ‘It is important for you to leave your inheritors wealthy than to leave them poor begging others, and whatever you spend for Allah’s sake will be considered a charitable deed even the handful of food you put in your wife’s mouth

Estate Planning in Islam works as a tool for your assets to be inherited. Similar principles work here, two-thirds belong to the Faraid and the remaining one-third to the non-Faraid. The amount regarding the distribution of assets is fixed although it may vary if all the relatives agree on it. The essence of Estate Planning in Islam is to provide guidance to those in need, give advice, and the possible relations entitled to your assets.

Law of Inheritance According To Quran and Sunnah